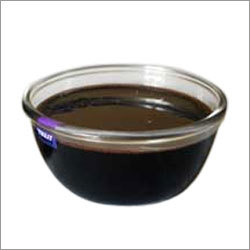 This is basically a co-product of the cashew nut industry. It is a natural product and its processing doesn't involve any chemical. We are the prominent manufacturer, supplier and exporter of Cashew Nut Shell Liquid, which is a dark reddish brown viscous liquid. Cashew Nut Shell Liquid possesses special characteristics for transformation into specialty chemicals and high value polymers. The nut has a shell of about 0.1 inch thickness inside which is a soft honeycomb structure containing a dark reddish brown viscous liquid. It is called the cashew nut shell liquid, it is a natural product that is used as raw material for the synthesis of wide variety of polymers and water resistant resins. We have carved a niche as one of the most distinguished natural cashew nut shell liquid exporter in India.  In addition to this, the natural cashew nut shell liquid supplied by us finds numerous applications in the industries.